Project C-CAP on the way!

I loved having family in town all last week - it wasn't nearly as stressful as I had anticipated.  But I am really excited to have finally started establishing a plan to help C-CAP on a (hopefully) larger scale.  I have been making calls around town to find out who would be willing to have donation boxes to collect non-perishables for the C-CAP food pantry.  I am trying to make it as easy as possible.  I provide a decorated box.  I pick up the contents as needed or after a week or two.  I am hoping to get enough responses that we can rotate 4 boxes around town.  I don't want them to get so common in one location that they aren't noticeable.  Here are my responses so far:

Martin's Food:  Spoke with the manager, John - he called it a solicitation and refused to have a box set up.  Seriously?  Solicitation?  I can't wait until Target gets fresh food . . .  I didn't put a curse on his business but I was definitely surprised at the flat out refusal.  Maybe I should let corporate know that they should change their "living here giving here" slogan to something a little more appropriate. 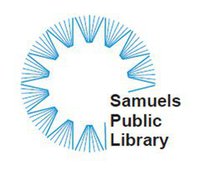 Samuels Public Library:  Spoke with Betty - very sweet and understanding.  She put me through to the director's voice mail (Nicki Lynch) and I left a detailed message.  I only expect great things from the library!  They have always been so receptive with the MOMS Club.  Update:  Received return call from Nicki Lynch.  She definitely wants a box set up and decided that 2 weeks would be a good length to have it.  I mentioned that I wanted to rotate them around town and she agreed that it would be a good idea.  I love it when people are so nice and helpful!

Gold's Gym:  Spoke with Holly - very positive response.  She needs to clear it with the General Manager who is out until Monday.  But she took down my information and will get back to me.  I think it helped that I assured her I had lots of friends who were members and they were all telling me that Gold's Gym would gladly support the community.
Blue Ridge Barber Shop (on South Street): Spoke with Rhonda.  She was definitely interested in having a box there.  She was concerned about the size of the box but I assured her that it wouldn't be large and that I would pick up as needed.  I have my first "Yes" and I am hoping to get a box over tomorrow.  Bring on the Elmer's glue!
Front Royal Federal Credit Union (on South Street):  Left Message and received return call from Joseph. He put me through to Kim Darr (the CEO/President) who was very sweet and suggested putting boxes at both locations.  She just asked that I get a letter from C-CAP on their letterhead that I am working with them and that the donations will be going to them.
My wonderful phone is acting up and people are having a hard time hearing me.  So I have reverted back to my old phone.  But my darling children have refrained from asking questions and hanging off my legs for long enough so I will start back up again later.  I would love suggestions for other locations!  On my list I have Wal-mart, McAlister's Deli, Tropical Smoothie Cafe, and local restaurants (although no specifics yet).
On a totally random note - as I was typing this up - a reporter from the Warren Sentinel called and wants to do a story on this blog.  How exciting!  We will be meeting tomorrow to do the interview and I am completely nervous.   I am glad for the publicity that this will bring to C-CAP and I am glad that I have already secured some places for donation boxes.  This will help spread the word.  A big thanks to Julie Morton for setting it all up!
Posted by Unknown at 2:16 PM